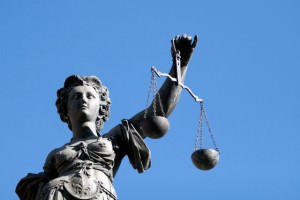 Attorneys in Florida, Minnesota, New York, Pennsylvania, Tennessee and now Texas have been complaining that their phone calls with their jailed clients are being recorded by law enforcement. A Texas lawyer has filed an amended class action complaint stating that this practice violates a defendant’s 6th Amendment constitutional rights. The Sixth Amendment guarantees criminal defendants “the right to a public trial without unnecessary delay, the right to an attorney, the right to an impartial jury, and the right to know their accuser, the nature of charges against them and the evidence.

Also, the practice of recording telephone calls is costing defendants and lawyers money because the lawyers have to take the time out to visit them in jail. The amended complaint filed by the Texas lawyer also states that the prosecutors are aware of the practice because many times the calls are turned over to their offices so that they are able to look for more evidence to incriminate the defendants. Other prosecutors say that the process takes too long so they don’t bother listening in on phone calls. Despite the fact that inmates receive a short message before the call advising them that their calls are being recorded, defense attorney argue that the practice is not right and that it causes the defendant to self-incriminate himself or herself.

Also, defense attorneys argue that this practice violates attorney client privilege. The recording system does have a flaw though because it is unable to distinguish calls between family, friends, associates and attorneys. Many clients are advising clients to avoid talking about their cases in their phone conversations.

If you are an inmate, it is important not to discuss your case with anyone in the jail or on the phone with your family or friends. The best advice is to remain silent about such matters and discuss them with your attorney in person.