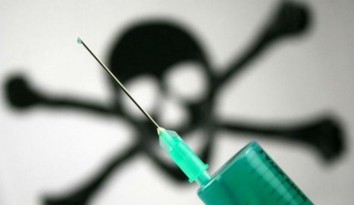 Death penalty in the US is currently facing one of its biggest tests in decades. While capital punishment is legal in 36 nations including China, Japan and the US and it is legal in the 32 American states, three death row inmates in Oklahoma are now challenging new experimental drugs that are used in lethal injections after several botched executions.

Due to this current issue, other killings have been delayed and the states are scrambling to find alternative methods, including the gas chamber, the electric chair or the firing squads.

To date, lethal injections have been the most widely used method of execution in the US. However, since several pharmaceutical companies have refused to sell these drugs to prisons because they oppose capital punishment, there has been a shortage of supply. That is why states have been trying untested combination of drugs.

Since these drugs remain untested, executions in Arizona, Oklahoma and Ohio have been botched up. The prisoners have been tortured to death because of the inappropriate use of these drugs. For e.g. Clayton Lockhart was executed in Oklahoma last year and midazolam was used for the first time during his execution. It was believed that the drug would send him into a deep coma but when the drug was administered, Lockhart groaned and convulsed and died 43 minutes later of a heart attack. Similarly, Joe Wood in Arizona took one hour and 58 minutes to die.

Now, it is being claimed that the method of killing used by states such as Oklahoma violate the US Constitution’s ban on cruel and unusual punishment.

Some consider these arguments as a war against the death penalty and an attack on the punishment itself. The issue of the botched up execution using midazolam could be the start of something bigger. There are some who believe that a time will come when the death penalty will not exist. Already, there has been a drop from 38 states to 32 states that impose the death penalty. Many feel that despite the extent of the crime committed, there is no justification for the death penalty as it is barbaric.

However, there is another group of people who believe that certain crimes justify the death penalty. Approximately 60 percent of Americans support the death penalty. While some may consider the punishment as cruel or barbaric, it is important to note that the death penalty is only given to criminals who have committed heinous and terrible crimes.