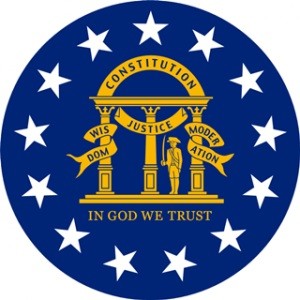 The deadline for witnesses to produce records to a Federal grand jury for the Northern District of Georgia in its investigation of Georgia’s Ethics Commission and Georgia Governor Nathan Deal was last Tuesday. As reported by WSB-TV Channel 2, the grand jury investigation was begun after  the Ethics Commission’s former Director, Stacey Kalberman and former Deputy Sherilyn Streicker filed suit claiming that they were terminated while pursuing an ethics investigation of the Governor for  alleged campaign violations. Murray-Oberstein testified in a deposition in the case that Holly LaBerge, the Commission’s current Director, had stated that the Governor “owned” her. The civil case settled for roughly $3,350 in fines. John Hair, a former information technology specialist for the Commission told the media that LaBerge hed directed him to alter and destroy records in the case.

Among those who received subpoenas for records from the grand jury were LaBerge, Kalbermann, Streicker, Hair, and  Elisabeth Murray-Obertein, the Commission’s current Staff Attorney. Counsel for LaBerge has stated that she is cooperating with the investigation. The Governor has denied any involvement in Kalberman’s departure from the Commission.

“Lawyers are necessary in a community. Some of you … take a different view; but as I am a member of that legal profession, or was at one time, and have only lost standing in it to become a politician, I still retain the pride of the profession. And I still insist that it is the law and the lawyer that make popular government under a written constitution and written statutes possible.” — William Howard Taft