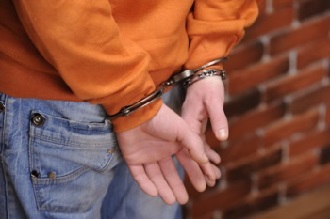 Valbona Yzeiraj, an office manager in New York, appeared before a judge last week to answer to charges that she impersonated a dentist while the real dentist was away.

According to prosecutors, Yzeiraj seriously injured patients while pulling their teeth and performing root canals on them.

Yzeiraj told the judge that she had been trained in dentistry in her native Albania, but didn’t receive any training in New York. The paper pusher turned dentist-wannabe pled not guilty in Bronx Supreme Court to the unauthorized practice of a profession, assault, reckless endangerment and grand larceny.

The grand larceny charge came after the real dentist, Dr. Jeffrey Schoengold, discovered Yzeiraj’s unauthorized use of his clinic. He fired her and then she attempted to giver herself a severance package totaling over $20,000.

Yzeiraj was released on $20,000 bail and told to stay away from any dental practice until her case was completed. If she’s convicted, the self-styled dentist is looking at up to seven years in prison.

Criminal Impersonation in New York is contained in Article 190, Section 190.25. The statute defines criminal prosecution as:

Impersonation of another and acts in such assumed character with intent to obtain a benefit, or

Represents themselves to be an agent of some person and does an act in such capacity with intent to obtain a benefit.

An individual is guilty of criminal impersonation when he pretends to be a public servant or wears or shows any uniform, symbol, insignia or facsimile of by which such public servant is distinguished.”

Criminal impersonation is a type of fraud that comes under the heading of identity theft. Identity theft is pretending to be another person, or assuming their identity, for the purpose of obtaining funds, credit or other benefits.

Criminal impersonation is often used to make the distinction between cyber crimes of ID theft that typically come with the intent of making fraudulent financial transactions and crimes that are in person.

People have been arrested for impersonating celebrities to receive discounts and carte blanche treatment as well as impersonating law enforcement officials, politicians and well, even dentists.

Because impersonation and ID Theft is often used to facilitate other crimes such as terrorism, espionage, and illegal immigration, this criminal classification falls under Federal jurisdiction and brings severe penalties.