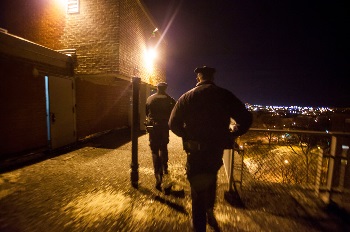 In Trump’s speech on August 16, he spoke to America’s inner cities and black neighborhoods. He credited former mayor Rudolph Giuliani with the drop in crime and homicides.

Maybe it is time to know the facts.

The numbers Trump employed came in at almost 20 marks greather than the FBI numbers. What’s going on?

According to a Trump spokesperson, the Republican nominee used values from 1994 to 2014 since “Mayor Giuliani’s plans were carried out from the beginning of Mayor Michael Bloomberg’s occupancy.”

The spokesman could not explain precisely which methods Trump referred to. Neither could the spokesman provide proof regarding exactly how the methods pointed to a drop in crime.

There are some problems.

It is a bone-headed theory to credit Giuliani’s policies with a decline in both rates. It’s also a false-positive for Trump’s campaign to apply the decline to the 12-year space after Giuliani departed office.

Crime was previously on the decline ahead of Giuliani taking office. FBI figures indicate the crime rate began dropping in 1989. Homicide rates also started dropping in 1990. Whatever strategies Giuliani established got put in force on top of the trend that started four years before he took office.

Some criminal justice specialists believe that crime seldom has a singular cause. Cultural and demographic differences play a part as does modifications in incarceration practices. Even weather may influence crime rates throughout a given period.

“If you’re looking for a particular policy, or a sole mayor, for an explanation for the drop in crime, you’re falling short,” said Ames Grawert, Justice Program counsel at New York University School of Law.

Another eye-opener is even after “stop-and-frisk” ceased in 2013, crime continued to drop. If Trump’s claims are correct, a person would assume crimes to rise at the ending of the stop-and-frisk.

Without the manipulation of the data, Trump’s claim may have been in the neighborhood of Two Pinocchios. Stretching out Giuliani’s policies ratchets it up to three.