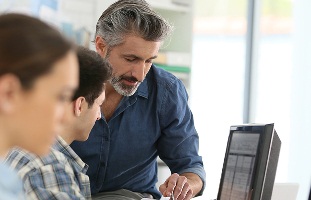 In this age of universal access to information through computers, cellphones and other devices, there is one group the courts are increasingly opposed to having access—the jury. A March 18 article in the New York Times relates how jurors in a large criminal case in South Florida were discovered to have done research on the case on the internet, in violation of the court’s instructions. The court ordered a mistrial. The article also mentions an Arkansas civil case in which a juror was found to have sent updates regarding the case using the internet social networking service Twitter, and the trial of former  Pennsylvania state senator Vincent J. Fumo, in which the defense demanded a mistrial based on a juror’s posting updates on the trial on Facebook, another social networking site.

As Justice Oliver Wendell Holmes observed over a century ago, “[t]he theory of our [legal] system is that the conclusions to be reached in a case will be induced only by evidence and argument in open court, and not by any outside influence, whether of private talk or public print.”Patterson v. Colorado, 205 U.S. 454, 462 (1907). Accordingly, courts have held that “[w]hen jurors consider extrinsic evidence… a new trial [is required] if the evidence poses a reasonable possibility of prejudice to the defendant.” U.S. v. Rowe, 906 F.2d 654, 656 (11th Cir. 1990) (emphasis in original) (citing United States v. Perkins, 748 F.2d 1519, 1533 (11th Cir.1984); United States v. Howard, 506 F.2d 865 (5th Cir.1975)). The extraordinary technological advances of the past 30 years means that today, most jurors possess the means to access to virtually any information and any person at their fingertips, which creates an exceedingly difficult challenge for courts in screening jurors from outside information and improper communication during trial or deliberations.

The problem posed by jurors’ use of new computer and internet technology to gather information or communicate during trial has been on the horizon for some time. In People v. Wadle, 77 P.3d 764 (Colo.App. 2003), a prosecution for child abuse resulting in death, the defendant testified that she was taking the anti-depressant drug Paxil at the time of the child’s death, id. at 769. During the jury’s deliberations, one of the jurors downloaded a description of Paxil from the internet and shared it with the other members of the jury, in direct violation of the trial court’s earlier denial of the jury’s request for such information, and the jury subsequently convicted the defendant. Id. at 770. The defendant moved for a mistrial, which was denied by the court. Id. The Colorado Court of Appeals reversed and remanded, holding “we discern a reasonable possibility that the introduction of extraneous information about Paxil… may well have influenced the verdict.” Id. at 771 (citing Wiser v. People, 732 P.2d 1139, 1143 (Colo.1987)). The Court of Appeals foresaw the problem posed by juror access to the internet, stating:

During the jury deliberations in the defendant’s trial for possession with intent to distribute cocaine in U.S. v. Wheaton, 426 F.Supp.2d 666 (N.D.Ohio 2006), one of the jurors disclosed that he had used his personal computer to play audio of an exhibit admitted in the case and to research locations and distances between cities relevant to the case, id. at 668. The defendant filed a motion for new trial based upon juror misconduct, however, the district court denied the motion, holding that “Defendant failed to show bias or prejudice resulted from the extraneous information; thus, the interest of justice does not warrant a new trial.” Id. at 672.

In Commonwealth v. Guisti, 449 Mass. 1018, 867 N.E.2d 740 (2007), a trial of the defendant for aggravated rape and other crimes, it was discovered that a juror posted two messages regarding the case on an Internet mail service  and received two responses from attorneys in other states, and the defendant moved for new trial, which was denied by the trial court, id. at 1018, 19. The Massachusetts Supreme Court affirmed, concluding that “the trial judge’s conclusion that the jury were not exposed to extraneous influences was amply supported by the evidence and her findings.”Id. at 1019-1020.

The Court of Appeals and other courts in this Circuit have also had to deal with the growing problem of juror use of technology. In U.S. v. Siegelman, 467 F.Supp.2d 1253 (M.D.Ala. 2006), the prosecution of former Alabama Governor Don Siegelman and former HealthSouth CEO Richard Scrushy, the district court denied the defendants’ motion for new trial based upon, inter alia, emails sent by jurors to one another, holding that the e-mails were wholly unrelated to any evidence of jury exposure to extraneous information or outside influence, id. at 1279. The Eleventh Circuit affirmed the trial court’s findings on appeal. See U.S. v. Siegelman, No. 07-13163, 2009 WL 564659, *25 (11th Cir. Mar. 6, 2009).

It will be interesting to see how various courts deal with the problem of limiting juror access to information or communication available through technology in the future, and perhaps even more interesting to see how they deal with instances of the intrusion of technology into the jury’s function at trial. The only certain thing is that these problems will only continue to grow—and must be faced.

Gillen Withers & Lake LLC is a law firm with extensive experience in federal corporate and white collar criminal defense and appellate work, as well as complex civil and class action litigation, headed by eminent former federal prosecutors, with an outstanding track record and reputation throughout Georgia and nationwide.