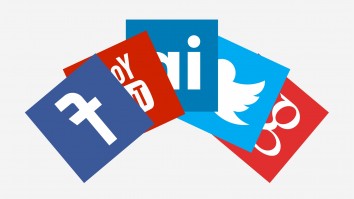 The Internet can be an evidentiary goldmine on prospective jurors, opposing parties, opposing counsel, and potential witnesses. Recently trial consultant Amy Singer proclaimed “Social media was the difference between winning and losing” the Casey Anthony trial, legitimizing and raising awareness of the use of social media analysis as a litigation tool. Social media, which began at a crawl in 1995 with Classmates.com, is all grown up and ready to take a seat at the litigation table thanks to what has been labeled the “social media trial of the century.” During the trial, Singer and a team of litigation consultants monitored over 40,000 internet sites and pages, allowing them to piece together and understand the pro-prosecution mindset of the public – gleaning insights to inform their trial strategy and forge more powerful, persuasive arguments in the same manner a trial team might use a shadow jury. Social media analysis played a large role in the Casey Anthony trial, but it can be a powerful litigation tool for any type or magnitude of trial.

Social media membership, including Facebook, LinkedIn, MySpace, Twitter and blogs, has grown to include almost half of all adults, according to a Pew Research Center study released in June. Not even a year ago I marveled during a Texas Bar Conference speech on “Social Networking in the Courtroom” that Facebook had grown to over 500 million members – just last week Facebook announced it had reached 750 million members, over twice the population of the United States!

The pervasiveness of social media should continue to increase, especially with the advent of the Google+ project, a new social media service now in “field test” mode. Despite the fact that Google+ hasn’t even been launched to the public yet, the service is already over 10 million members and analysts have added $20 billion to Google’s estimate of value, indicating it will soon be a strong presence in social media. Pundits are now debating whether or not Google+ will replace Facebook or simply increase the overall presence of social media on the internet, but the bottom line is social media is poised to continue its growth.

Using social media analysis to research prospective jurors during jury selection can yield game changing insights, but, like any trial strategy, it must be employed in an ethical manner. Last September, the New York Bar found if a Facebook or MySpace site is accessible to all members of the network, then a New York lawyer would not be engaging in deception to review its contents or any other public social network pages. If an attorney does not employ deceit, such as “friending” someone to gain access private content, obtaining information in this manner is the same as the ethically acceptable practice of obtaining information widely available by online or print media, or through a subscription service such as Nexis or Factiva.

BattleBlawg Tip: Information available to the public is free game as a form of informal discovery and should be explored as a source of insight in making trial strategies.

If possible, a social media analysis should be conducted on prospective jurors before jury selection. While some social media content is private, it is often easy to find a person’s occupation and educational background information online, as well as insights into a person’s social background, belief system and worldview. The type of Pages a person likes on Facebook can be enlightening, as can the content of Tweets or employment information on LinkedIn. Since the median age of social network site users has increased, more jurors are likely to use some form of social media, making it easier to locate them online.

The easiest way to conduct online research is to search for key terms, including the names of parties, witnesses, and any publicity-inspired keywords on Google and/or Bing. (Yahoo now uses Bing as its search engine, so the results should be the same as Bing’s results.) Also, last week Google announced it no long has access to Twitter streams, which will necessitate searching through Twitter as well as Google.

Even if it isn’t possible to access a private social media site, just knowing a prospective or seated juror in engaged in social networking can tell you something about him or her, according the Pew Social Media Research study cited earlier:

Therefore, even if public information is not available, the mere existence of a social media account can also be taken into consideration in forming a more accurate juror profile.

Social Media Analysis as a Proactive Tool for Trial

An online presence can be a double-edged sword for both plaintiffs and defendants. Impeaching a witness with online information is becoming a common battle strategy in civil and criminal cases, necessitating the use of social media analysis for use in shaping both offensive and defensive litigation strategies. Each person or entity should be researched before the trial begins – even before depositions – to ensure testimony and evidence comports with what is available online. Also, by deleting or correcting online information detrimental to your case, you are also protecting yourself from jurors who might use the Internet for research during the trial – and you should assume they do, regardless of the court’s instructions.

BattleBlawg Tip: An important part of your trial strategy should include conducting a social media analysis of your client and all potential witnesses to avoid impeachment by online information.

Finally, social media analysis can be used as a powerful tool in any trial, not just a high profile trial like the Casey Anthony trial. During the trial, it is wise to research news media sources, blogs, Twitter feeds, and Facebook on topics addressed in trial, if nothing else, to see what seated jurors might be viewing in the dark corners of their homes – or even on their smart phones in the courthouse.

Also, if conducting a social media analysis on jurors was not possible before trial, it can still yield useful insights even after the trial has started. Online research of seated jurors (assuming the panel is not anonymous) can reveal information attorneys can use to connect with jurors during the trial. For example, at a recent trial, a social media analysis revealed one of the jurors was an animal rights activist. Opposing counsel clearly did not use this strategy because during the course of the trial, he made a comment that might not be offensive to most people, but clearly agitated the animal rights-oriented juror. Alternatively, knowing your jury can allow you to connect with them in positive ways too, by making references to common interests during the course of the trial.

For high profile trials, social media analysis is a requirement, not an option, as seen in the Casey Anthony trial. During that trial, a team of consultants not only researched public opinion, but also engaged in dialogue with the public on certain issues to gain insight to be able to address the issues proactively in court, which may have been the tipping point for winning the trial.

BattleBlawg Tip: Social media analysis can be used to gain a competitive advantage for trials of all sizes. Information gleaned can be used to build rapport with jurors and to gain insight into public opinion on key themes and case evidence in order to create proactive strategies and rebut opposing arguments during the trial.