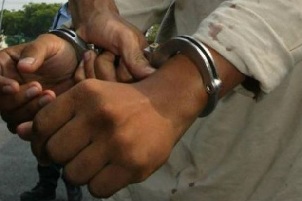 A correctional officer at the Indiana State Prison has been charged after officials said she attempted to traffick tobacco and marijuana with an offender.

According to a statement released by the Indiana State Prison on Wednesday, Roseborough was being searched after reporting for duty on Monday when staff found a package wrapped in electrical tape hidden in the lining of a brown bag. Following an interview with Internal Affairs officers, a second package was found hidden on her person, the statement said.

Roseborough was transported to LaPorte County Jail on the charges.

“This is an example of the great work these correctional professionals do every day,” Superintendent Mark Levenhagen said. “Their challenges are many but they are determined to insure the safety of their facility.”

Indiana Department of Correction Commissioner Edwin Buss similarly expressed his appreciation to the staff for their diligence.