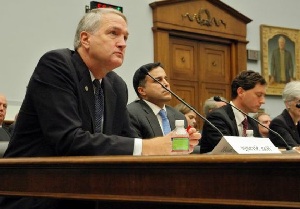 The government’s case in many instances will evolve or shift to some extent over the course of a criminal prosecution. It may be a long time between indictment and trial, and the prosecution may come into possession of new evidence before trial, or may not have thoroughly reviewed the evidence which it does possess until after the return of the indictment. In addition, the prosecution may adjust its arguments or evidence in reaction to the defense. Whatever the reason, the prosecution in many criminal cases may determine to argue or present evidence at trial regarding a theory of criminality which differs to some degree from the crimes alleged in its original indictment. A thorough prosecutor will sometimes seek to provide for such a shifting theory by obtaining a superseding indictment from the grand jury, but in other cases the prosecution may not notice any need to do so or may simply neglect to do so. In any event, attorneys should carefully evaluate the prosecution’s arguments and proof at trial, as well as the trial court’s instructions to the jury, in order to determine whether a variance or amendment of the indictment has occurred. Following is a brief survey of the Eleventh Circuit Court of Appeals’ current position on amendments to or variances with the indictment.

In contrast, “a variance occurs when the facts proved at trial deviate from the facts contained in the indictment but the essential elements of the offense are the same.” Ward, 486 F.3d at 1227 (citingKeller, at 634; United States v. Flynt, 15 F.3d 1002, 1005-06 (11th Cir. 1994)). A variance only requires reversal where the defendant can establish that his or her rights were substantially prejudiced. Id. (citing Keller, at 633).