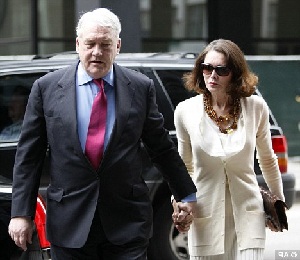 On Friday, U.S. District Judge Amy St. Eve of the Northern District of Illinois re-sentenced Lord Conrad Black, former CEO of newspaper giant Hollinger International, Inc., to serve the remainder of his sentence, as reported in Canada’s Globe and Mail. Black has served 29 months of his original 78 month sentence, imposed following his conviction on three of 12 counts in July of 2007. He has been on release from prison for nearly a year while his appeals of his convictions have been pending.

According to the article, Black has sued Richard Breeden, a special investigator for Hollinger and former Chairman of the U.S. Securities and Exchange Commission, and others for libeling him in a special report prepared for Hollinger. The Supreme Court of Canada is considering whether the dispute should be heard in Canada or the United States.