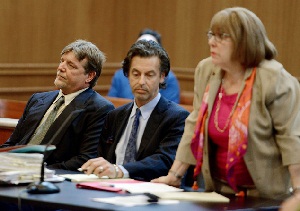 In 2001, in North Dakota, District Judge Cynthia Rothe-Seeger turned away a motion for summary judgment by defendants in a circumcision case. The court decided the disagreement could go to trial in 2003. The decision to be made?

Can a male infant, upon reaching the age of majority, sue his doctor for circumcising him, even if the outcome is thought to be ‘normal.’

It was a decision that could have far-reaching effects.

The landmark case brought into clear focus the risk physicians take in removing healthy, normal tissue from unconsenting minors for non-therapeutic reasons. Experts, health care providers, and hospitals followed the case as it could have a major impact on America circumcision.

Circumcision is the world’s most widely performed procedure with roughly one-third of males, globally, being circumcised.

The medical removing of all, or part, of the prepuce, is typically conducted within 48-hours of birth and takes about ten minutes.

In the Philippines, sons are circumcised at age 11. Venture into the farming regions, notably summertime, and long lines of boys form as they wait their turn. “They’re pleased to return to school and talk about their bravery,” one American medical missionary said.

Dr. Donald F. Tuzin, an instructor of Anthropology at UC San Diego believes that doctors in the 1800s advocated for the procedure for many infirmities such as agitation, STDs and even hiccups.

One of the most deliberated topics within the health care profession today is ‘to slice or not to slice.’

Arkady Bukh, a well-known lawyer in New York, called it a ‘continuing controversy.’

“In 1975, the American Academy of Pediatrics claimed it wasn’t necessary. They later revised their strategy while quoting studies about reduced penile cancer and urinary tract infections amongst circumcised males.”

The AAP’s 1999 policy supported by a survey of over 40 years of statistics, decided the procedure has likely medical advantages. “But they tell parents not to make that their main criteria when coming to a determination,” says Sherman.

Back to the Court Case

North Dakota’s Supreme Court ended up rejecting the mom’s effort to prosecute the doctor. The judge, and panel, determined the respondents were sufficiently informed of likely complications, and it was not compelling on the physician to detail each “unimportant risk.”

A Fulton County, Georgia State Court jury handed $2.3 million to a 4-year old boy in 2009 for a bungled procedure in which too much tissue was eliminated.

Fred Tasker, a writer for The Miami Herald, wrote in 2010 about an eight-day-old boy who had been circumcised in a Florida clinic despite  the parents’ wishes. The hospital acknowledged the circumcision was a mistake and the mother contested as she sued the hospital and physician involved. That case is still pending.