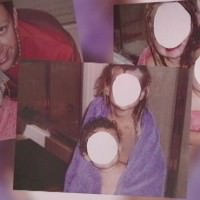 A rabbi, a registered nurse and a Boy Scout troop leader were among the people arrested recently in New York City on charges of swapping child pornography. The case is being called by federal officials one of the largest-ever roundups in the metro area.

The arrests came as the result of an extensive investigation by federal authorities that resulted in 600 desktop and laptop computers being seized along with tablets and smartphones. At a recent press conference announcing the arrests, law enforcement agents displayed 22 hard drives that had also been seized. Mounted on the wall was a large map showing the entire state of New York and portions of New Jersey. Doting the map were pins showing where each of the suspects lived.

Child pornography comes in different forms and in different media. Writings, magazines, photos, sculpture, cartoons and more are all part of the package. Laws regarding child pornography include sexual images involving minors and computer-generated graphics that appear to include and involve minors.

In addition to the recent arrests in New York City, other investigations include Operation Cathedral that resulted in numerous multi-national arrests and uncovered over 700,000 images with 1,200 unique and identifiable faces.

The assistant secretary for Immigration and Customs Enforcement added that the case reflected larger trends that are becoming more common in child pornography rings.

One of the trends is the increasing availability of “home grown” pornographic images that are made by the predators themselves. The images, including live, streaming video, are then shared through direct, peer-to-peer sharing networks and are traded like people trade collectibles.