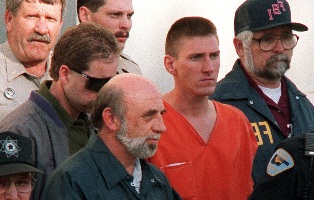 Editorial pages and op-eds worldwide rightfully commended the trial and conviction of former Liberian President Charles Taylor for war crimes and crimes against humanity committed in Sierra Leone’s civil war. The deterrent effect of this judgment on civilian and military leaders in third-world, traditionally weak countries run by dictators or despots will reverberate.

Taylor had been on trial in the Special Court for Sierra Leone in The Hague, Netherlands, for almost five years. He was a rebel leader in the 1980s and 90s and was elected President of Liberia in 1997 following a peace deal which ended a brutal civil war. Taylor was in power for six years before being forced into exile in Nigeria following a second conflict. He was accused of backing rebels who killed tens of thousands of people in neighboring Sierra Leone’s civil war.

Taylor was convicted as being an aider and abettor on all 11 counts in the indictment, including terror, murder and rape. He was cleared of ordering those crimes. A sentencing hearing will be held on May 16, with the sentence to be handed down on May 30. The maximum penalty is life in prison. Taylor, now 64 years old, is expected to serve his sentence in a British prison.

Taylor’s trial was infamous for evidence of the selling of “blood diamonds” for weapons and included testimony from British supermodel Naomi Campbell that she was given “dirty rocks” by Taylor after a dinner party hosted by Nelson Mandela in South Africa in 1997. Actress Mia Farrow also testified and claimed that she saw Taylor gave Campbell an uncut diamond.

Behind all of this celebrity was important evidence linking Taylor to a trade in the illegally mined diamonds that were used to arm and supply the rebels instead of helping Sierra Leone, one of the world’s poorest countries. The value of the diamonds looted by the rebels and allegedly traded for weapons with Taylor was estimated to be as high as £950 million. The popular Hollywood film, Blood Diamond, starring Leonardo DiCaprio, dramatized the role of the gemstone in Sierra Leone’s civil war.

While the Court found evidence beyond reasonable doubt that Taylor had sold diamonds and bought weapons on behalf of the rebel forces in Sierra Leone and knew the rebels were committing atrocities, it also determined that this support fell short of effective command and control. The trial chamber was thus unable to find Taylor responsible for ordering the crimes.

Interestingly, the Court also found that the prosecution had failed to prove that Taylor was part of a joint criminal enterprise, one of the more novel theories of liability used extensively at the International Criminal Tribunal for the Former Yugoslavia (ICTY) in leadership cases.

British defense lawyer Courtenay Griffiths told the BBC that the trial had not been fair, but rather “prompted by political imperatives.” This is a common perception shared by some defense lawyers at other international venues and by citizens of the home country of the accused in cases in these tribunals. The judgment was met with widespread discontent in Sierra Leone. Griffiths also stated that he had been surprised at the extent to which the judges were “prepared to reject the initial theories put forward by the prosecution”—notably the contention that Taylor was micromanaging events in Sierra Leone.

The Special Court for Sierra Leone was set up jointly by the government of Sierra Leone and the United Nations. Since 2003, nine persons, including Taylor, have been tried before it. All have been convicted.

International criminal law has indeed advanced its reach since the ICTY was founded in the early 1990s. However, that reach has only extended to countries over which the traditional big powers and the western world has significant political and economic leverage. It remains to be seen whether or not these courts will act if evidence is presented to, for example, the ICC, of war crimes or crimes against humanity committed by the biggest players in the world. While on its face, the proceedings were conducted in a professional manner by dedicated and hard-working judges, it can hardly be said that jurists from Samoa, Northern Ireland and Uganda represent an adequate cross section of expertise in customary international criminal law.

Given the Taylor case’s limited verdict on a reduced set of charges well after the crimes were committed, it is well worth asking whether or not there is a more effective and prompt way of adjudicating these complex cases. The same could be said of the ICTY, which has still not completed its work almost 20 years after it was founded.