A highly disturbing instance of governmental misconduct has come to light in the Southern District of Florida in the form of a gross and unwarranted invasion of the defense camp and the attorney-client relationship by the government. The case of United States v. Shaygan, Case No. 08-20112-CR, was a prosecution of a physician on 141 counts of allegedly unlawful dispensing of controlled substances in violation of 21 U.S.C. § 841(b)(1)(C). Dr. Shaygan received excellent representation by the law firms of David Oscar Markus and Mark David Seitles, P.A., and on March 12, 2009, the jury acquitted Dr. Shaygan on all counts at the conclusion of trial.

However, as revealed by 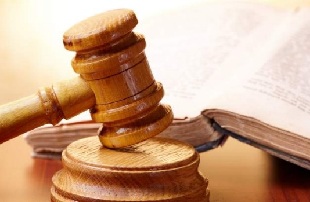 a motion to dismiss the indictment for governmental misconduct or for evidentiary hearing filed by the defense on March 1, relations between the prosecution and the defense became strained when counsel for Dr. Shaygan stated that the defense intended to file a motion to suppress a post-arrest interview of Dr. Shaygan by a DEA agent based upon Dr. Shaygan’s statement that he had invoked his Sixth Amendment right to counsel during the interview. The Assistant United States Attorney informed defense counsel before several witnesses that filing such a motion to suppress would result in a “seismic shift in the prosecution.”

Irrespective of these rumblings by the prosecution, the defense filed a motion to suppress. Overtly, the government retaliated by obtaining a superseding indictment adding more than 100 additional counts. In addition, without informing the Department of Justice, the court or the defense, the prosecution also approached two fact witnesses and directed them to tape record their communications with defense counsel. The witnesses’ recordings of defense counsel without counsel’s knowledge were revealed to the defense only when one of the witnesses testified that he possessed a recording of a conversation with counsel during trial. Despite this disclosure, the defense’s motion alleges that it was not until one week later when a member of the prosecution team told a member of the defense team that he had been recorded by the witness without his knowledge.

After being informed of this fact, the district court ordered the government to prepare sworn affidavits regarding what had occurred. The prosecution submitted affidavits admitting that the U.S. Attorney’s Office had authorized the DEA to tape record communications between witnesses and the “defense team” without court authorization. A DEA agent subsequently instructed two government witnesses “to record any future conversations with members of the defense team,” and at least three records were made of conversations with defense attorneys or investigators.

The defense filed a motion to dismiss the indictment, asserting the government’s failure to disclose evidence that the witnesses were cooperating government informants or to produce the recordings pursuant toBrady and Giglio, and that the government’s surreptitious recording of defense counsel constituted “egregious and serious” government misconduct, noting that “[s]ince privacy is vital to effective representation and to the development of the attorney-client relationship itself, the government is forbidden from eavesdropping or planting agents to hear or disrupt counsels of the defense.” (Citing U.S. v. Henry, 447 U.S. 264 (1980)). The defense has also moved for sanctions against the government. The motion cites the Eleventh Circuit’s decision in U.S. v. Terzado-Madruga, 879 F.2d 1099, 1110 (11th Cir. 1990), in which the Court found a Sixth Amendment violation when the government sent an undercover informant to tape record conversations with the defendant.

In U.S. v. Russell, the United States Supreme Court acknowledged that conduct by law enforcement may be “so outrageous that due process principles would absolutely bar the government   from invoking the judicial processes to obtain a conviction.” U.S. v. Russell, 411 U.S. 423, 431-32 (1973). U.S. v. Lard, 734 F.2d 1290, 1297 (8th Cir. 1984) (reversing the defendant’s conviction for transferring an unregistered firearm where uncover Bureau of Alcohol Tobacco and Firearms agents went to the defendant’s home and asked him if he had any firearms to sell, and then requested that the defendant manufacture a pipe bomb); U.S. v. Gardner, 658 F.Supp. 1573, 1580 (W.D.Pa. 1987) (granting the defendant’s motion to dismiss indictment for unlawful distribution of a controlled substance for alleged violation of his due process rights based on outrageous government conduct where an informant for the United States Postal Inspectors kept badgering the defendant to provide him with cocaine, and the defendant finally obtained some cocaine for the informant as a go-between).

The deceptive actions admitted by the government in the Shaygan matter certainly appear to satisfy the definition of outrageous governmental misconduct if anything may be held to do so, and the commentators herein sincerely hope the defense is successful in its motion. Such deceptive, unethical and illegal conduct, and the fact that the prosecution concealed the conduct from Dr. Shaygan’s counsel, raise grave questions regarding how many criminal proceedings the government uses such improper tactics in without ever being discovered and forced to reveal them. The conduct also illustrates a need for courts to reconsider the standard for and frequency of dismissal of the indictment as a sanction for particulary egregious governmental misconduct pursuant to Russell.