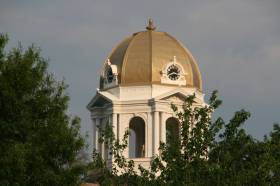 A doctor and four employees of Atlanta Medical Group, a pain management clinic, in Cartersville, Bartow County, were arrested last week by FBI agents, according to Examiner.com. Dr. James Chapman, Jason Cole Votrobek, Jesse Violante, Roland Rafael Castellanos and Tara Atkins have been indicted in the U.S. District Court for the Northern District of Georgia for allegedly distributing hundreds of thousands of oxycodone pills.

The government charges that the defendants sought to see as many patients as possible and issue as many prescriptions for the drug as possible, while failing to conduct sufficient medical examinations. The defendants are also charged with using non-physician staff to issue prescriptions for oxycodone. The clinic is alleged to have made millions of dollars despite having been in operation for approximately one year. The defendants are alleged to have concealed the profits in numerous bank accounts with third-party names.