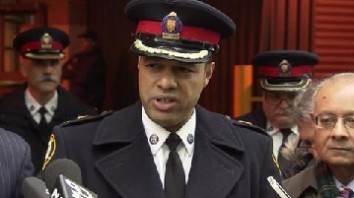 My eyes bugged out a little bit on reading a recent post on the blog of the LAPD that described a “surprise discovery” made by officers serving a warrant at a home in South Los Angeles where stolen property and drugs were found (a screenshot of the post is below in case it later gets edited. Click on the thumbnail to enlarge).

What’s weird about the post? It describes the evidence that was found as a “surprise” to the officers. Which, of course, suggests that there was not probable cause to execute the warrant in the first place and that the resulting evidence should be suppressed. (Perhaps the word “surprise” in the headline simply refers to the marijuana that was seized, in which case the plain view doctrine would come into play in any case, but it’s not entirely clear.)

Of course, it might be a stretch to suggest that something posted on a police blog is somehow indicative of what the police believed at the time a warrant was executed. But it’s odd that the wording in this blog post ever saw the light of day. At the very minimum, it’s an invitation to an evidentiary challenge, and as a matter of public relations for the LAPD it’s a mistake. It’s the kind of man-bites-dog lead that a sloppy journalist might write, but it’s probably not the kind of language a police department should use to describe its own actions since it gives the impression that officers go on fishing expeditions for whatever evidence happens to pop up.