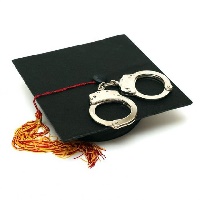 The Dallas Morning News had a recent article on that did a fairly nice job of presenting a range of perspectives on the drug and the options for regulating it or criminalizing it. Interestingly, it looks primarily at the proposed California law on this issue, AB 259.

The reporter notes the following:

AB 259 is opposed by California Attorneys for Criminal Justice, representing defense lawyers, who argue that there is no evidence that causes physical harm and that legislators know too little about the drug to take action.

“As a matter of public policy, we should not simply criminalize behavior without sufficient scientific information,” the group wrote to lawmakers.

Ultimately, I think that CACJ’s position is the right perspective. I’ve written about AB 259 before and indicated that I could support restrictions on sales of to minors. But in taking such a stance, I was behaving just like the legislators who propose more substantial criminal sanctions around : I was endorsing the use of criminal law to handle what I perceive to be a societal concern, with poor empirical support for the proposition that the problem exists. I was letting my concern about “the kids” get in the way of taking a principled stand on the use of criminal law as a regulatory force.

If were studied, I think quite likely that researchers would conclude it might not be the best thing for young people to be using. Once we have that data, sure, let’s pass a law like AB 259. Or better yet, let’s pass a law that guides the behavior of young people and merchants without the use of criminal sanctions. The point, though, is that we don’t have the data at this point to support slapping people with misdemeanor conviction. We just have a bunch of hand-wringing, based primarily on videos that kids are uploading to YouTube of themselves taking and acting weird.