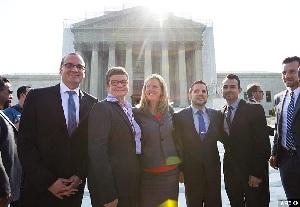 The California Supreme Court on Wednesday (4/18/07) granted review in People v. Galland, the Fourth District Court of Appeal case whose language was so sharp that it drew coverage from the LA Times.

Galland deals with a pet obsession of mine: sealed search warrant affidavits.  In general, under California law, the prosecution can seal part or all of a warrant affidavit and the defendant has the burden of making “a preliminary showing of the affidavit’s inaccuracy” if he or she wants to get access to the sealed affidavit content to determine whether probable cause actually existed. Galland didn’t question the viability of that overall setup. Instead, it focused on the problems that arise when law enforcement, rather than the court, is allowed to maintain custody of the documents supporting the warrant.  The Fourth District held that permitting such a practice, along with some other foibles related to keeping the appellate record intact, actually constituted a violation of the defendant’s right to due process.