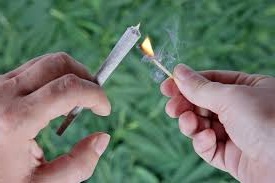 A big hat tip to reader J, who notes that a California bill on salvia divinorum, AB 259, has been passed through committee in a form that simply criminalizes the sale of salvia to a person under the age of 18. Persons who violate that prohibition would be subject to misdemeanor sanctions.

When I was last aware of AB 259, it was in a much more draconian form: it would have added salvia to California’s Schedule I, classifying it alongside drugs like heroin and mescaline. Such a bill would have wildly overreacted to the apparently negligible public safety and health issues raised by salvia.

In its current form, though, AB 259 is (at least in theory) something I support. I have consistently argued on this blog that the most appropriate response to salvia is not to pass laws throwing users in prison but rather to regulate it.  AB 259, in its current form, would take a step in that direction, allowing adults to make responsible decisions for themselves but setting up boundaries around the sale of the drug to young people. (Update: see further posts re-considering the merits of AB 259here and here.)

The text of the bill also now contains what I consider to be a fairly reasonable and informed (though not very well spelled!) discussion  of the issues around salvia. It notes, for example, that

Salvia divinorum is not generally understood to be toxic or addictive.  Even as Savlia [sic] dininorum [sic] has become availabe [sic] in modern culture, medical experts and accident and emergency rooms have not reported any particular health concerns, and the police have not reported a significant issue with public order offenses.

I notice that the Drug Policy Alliance is registered as an opponent of AB 259, and it makes me wonder about the pragmatic realities of ever supporting a move toward a greater use of the criminal justice system to deal with drugs. After all, even a moderate bill like this could potentially be a stepping stone to harsher legislation down the line. But I think that AB 259 strikes the right balance, and it’s so rare that a piece of law actually does that, I can’t help thinking that it could be a positive thing.

Any other folks have reactions to this?  Is it naive to support a law like this, or is it the principled thing to do if you are a supporter of a regulated market system for drug control?