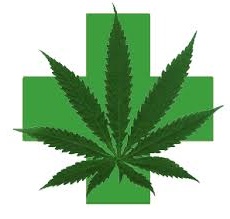 A big hat tip to Greg at the California Blog of Appeal who notes an important medical marijuana return of property case:City of Garden Grove v. Superior Court, G036250.

In a nut shell, as Greg says,

the Court of Appeal denied a writ petition by the City of Garden Grove (joined by 4 law enforcement associations and 15 cities all over the state as Amici Curiae) seeking to vacate a trial court order to its police department to return medical marijuana seized from a person that the DA declined to prosecute for lack of evidence once the DA confirmed that the marijuana was legally possessed under California’s medical marijuana law at the time it was seized.

Very interesting stuff, and a strong stance from the Fourth!

Update: I think City of Garden Grove is potentially a useful antidote to a 2004 Fourth District case, Chavez v. Superior Court, that can be cited, incorrectly, for the proposition that return of property is inappropriate in these situations. Chavezis summarized by Westlaw, misleadingly, as follows: “held that the Compassionate Use Act makes no provision for return of confiscated marijuana; rather, its destruction is required.”  The Westlaw summary seems to suggest that the destruction of confiscated marijuana is “required” by the Compassionate Use Act, but in fact the Compassionate Use Act makes no reference to the destruction of marijuana. Rather, the Fourth District drew its authority from H&S 11473.5, which requires the destruction of controlled substances unless the court finds that they were lawfully possessed by the defendant.  This code section applied to the facts of Chavez specifically because the court concluded that Chavez did not possess marijuana lawfully. ((2004) 123 Cal.App.4th 104, 110.)  The same principle is not controlling, therefore, in a case where the court concludes that an individual does lawfully possess the marijuana.

Garden Grove ties into this because it clarifies one of the issues that was not addressed by Chavez: whether a court can conclude that a person “lawfully” possesses medical marijuana in spite of the fact that that the possession of the marijuana violates federal law. The court writes:

The question remains whether, in this state proceeding, the City can invoke and rely solely on federal law to justify a particular sanction (i.e., the destruction of Kha’s property) when Kha’s conduct was consistent with, and indeed sanctioned under, state law. Amici for the City points out that state courts generally have the authority to “render binding judicial decisions that rest on their own interpretation of federal law.” (ASARCO, Inc. v. Kadish (1989) 490 U.S. 605, 617.) But saying state judges may interpret the federal law is a far cry from saying they may invoke it to punish conduct that is legally permissible under state law. Applying the reasons of Tilehkooh, we think judicial enforcement of federal drug policy is precluded in this case because the act in question — possession of medical marijuana — does not constitute an offense against the laws of both the state and the federal government. Because the act is strictly a federal offense, the state has “no power to punish. . . it  as such.” (People v.Tilehkooh, supra, 113 Cal.App.4th at p. 1445, quoting People v. Kelly, supra, 38 Cal. at p. 150.) Indeed, we, and all the trial courts in the state would be astonished if prosecutors began filing federal charges in state courts. (emphasis added). the question of whether a substance is lawfully possessed for purposes of section 11473.5 turns on state, not federal law. If, as here, the defendant’s possession of a controlled substance is lawful under California law, then the substance is “lawfully possessed” for purposes of that section.

Finally, the Fourth also rejects the argument that federal law pre-empts state law in a manner that prohibits the return of seized medical marijuana. One of the regular commenters on this blog will be thrilled to note that the court cites Gonzales v. Oregon for the proposition that the goal of the federal Controlled Substances Act “was not to regulate the practice of medicine, a task that falls within the traditional powers of the states.” However, the court emphasizes that is holding is “very narrow. All we are saying is that federal supremacy principles do not prohibit the return of marijuana to a qualified user whose possession of the drug is legally sanctioned under state law.” The court makes no claims, however, about what the federal government can or can’t do on its own.

I’m not 100% sure, but I would think the Fourth’s analysis of this issue would be interesting to the California Supreme Court as it considers Ross v. Ragingwire. There, too, one of the issues in the mix has to do with whether an individual can invoke state law as a shield even when their actions technically violate federal law.

Update Again: I really love this bit, too, which perhaps ought to be the new motto for this blog:

This [issue] is terra incognita, as will be most of the many confusing aspects of the current tension between California marijuana laws and those of the federal government. Our conclusions are therefore more a matter of analytical accouchement than precedential accretion.