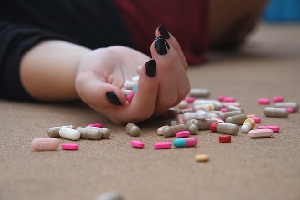 I’ve been very reluctant to write about the case of Brett Chidester, the Delaware teenager who killed himself in January 2006 and whose parents have been pushing for the criminalization of salvia divinorum.  I’m reluctant simply because the fact of losing a child is overwhelmingly tragic, and I don’t have any desire to wade into a political battle with parents who have gone through such an unfortunate experience and are simply trying to protect other people.

But it’s remarkable that Chidester’s parents, and only Chidester’s parents, continue to be cited over and over again by the mainstream media in their coverage of the supposed “controversy” over the risks of salvia divinorum, which is legal in most states in America as well as at the federal level. ABC News cites the Chidesters in a new piece on salvia, and quotes Brett’s mother suggesting that her son “just snapped: I think he had smoked salvia to such an extent that something happened in his brain.” Other coverage citing Brett’s case (and no others) can be found, for example, here (USA Today, April 2006), here(CNN April 2006), here (NBC10 Philadelphia April 2006), here(Inside Edition, September 2007), here (CBS News New York, September 2007), here (ABC New Jersey May 2006) and on and on.

Frankly, it reminds me of the 1980s-era hype over the notion that teenagers were killing themselves because of Ozzy Osbourne’s song “Suicide Solution.”  Then, as now, the tragic fact of one person’s suicide (two, in Ozzy’s case) was used to make broad claims about the risks of being exposed to something, even though tens of thousands of people had been exposed to that very thing without any comparable problem. The fact that “Suicide Solution” was actually a cautionary tale about alcoholism seemed to be lost in the furious rush to condemn heavy metal as the source of deviant and dangerous behavior.

(Below: Blizzard of Ozz, Ozzy Osbourne’s 1980 album that was accused of driving two teenagers to suicide.)

I have no idea what really happened in Brett’s case. It doesn’t seem crazy to me to suggest that doing a lot of salvia, or any hallucinogen, could eventually take a toll on a young kid’s mental health. Maybe that’s what happened to Brett Chidester.

But Chidester’s death happened almost two years ago now.  Never before and never since has there been even one other account of a suicide related to salvia. Not even one. As cynical as it sounds, that’s why the media goes to the Chidester family over and over again: because nobody else has a dramatic story like theirs, and they’re the only way to turn salvia into much of a controversy.

What actually happens is that people sit in their living room and act strange while they use salvia. And then, a few minutes later, the drug wears off. It’s kind of like head-banging to Ozzy Osbourne: socially unacceptable in many circles, and perhaps a little weird, but apparently not that harmful for most people.

Admittedly, that doesn’t prove that salvia can never be a problem.

But compared to other risks that exist in the world, risks we simply take for granted every day, it seems odd to single out salvia as a substance that we ought to criminalize.  Even if you believe that the criminal justice system is a good way to deal with potentially harmful drugs, I’m just not sure the evidence is there to suggest that this drug is something we ought to worry about.

Suicide is tragic, and suicide is dramatic, and suicide makes good headlines. But one person’s suicide ultimately doesn’t prove very much about the risks of drug use, any more than it proved that Ozzy Osbourne was the devil.

Brett Chidester’s suicide, as sad as it is, appears to have been an anomaly. It doesn’t ultimately reveal very much about salvia divinorum, and it certainly can’t be the basis for an intelligent policy decision around this drug.