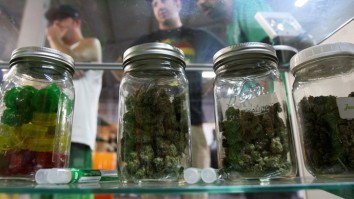 be has an interesting piece on the movement to assert the right of “” and on the Abigail Alliance’s case still-pending before the en banc DC Circuit Court of Appeals.

It’s a complicated issue in part because of the difficulty of drawing the limits on the assertion of such a right. As author Christopher Shea notes, some scholars (including Eugene Volokh) would argue that medical defense would include even the right to take ethically challenging actions like selling organs, while others would suggest that it involves the right to use medical marijuana. A more narrow view, however, might simply argue that the regulatory regime of the federal government should not stand in the way of using drugs that have received at least preliminary approval for use in human subjects. Shea quotes a bioethicist who suggests that any steps down this road will send society “back to the snake-oil days.” But I tend to think that the consequences of allowing greater freedom in this area would be less extreme that we might suppose.