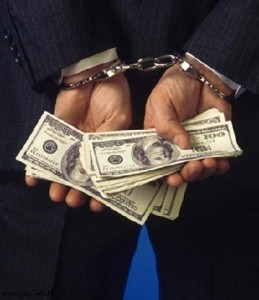 Appeal denied: Ted James Johnson, Jr., 61, former stake counselor, Pembroke, Virginia, stake of the Church of Jesus Christ of Latter-day Saints (the Mormons), former Giles County Circuit Court Clerk and commissioner of the revenue, and former partner, Mountain Investments Limited and Dogwood Farms. Currently serving a prison sentence of 200 months (more than 16 years), with a scheduled release date of July 21, 2023, Johnson was convicted (after his co-Ponzi scheme conspirator Frank Graham Farrier, Jr., peaded guilty and testified against Johnson) in 2008 on 37 charges, including mail fraud, wire fraud, securities fraud, money laundering, acting as an unregistered commodities pool operator and embezzlement, after bilking some 80 investors out of an estimated $8 million, “taking the life savings of friends and members of his church.” “[P]otential investors recognized Johnson as an upstanding member of the community due to his former employment as the Giles County Circuit Court Clerk as well as Johnson’s position within his church.” One scammed investor, Charles Wayne Gentry, said in court: “I felt if ever there was a righteous man, it was Teddy Johnson. It’s hard to understand the trust I had, my wife and I both had, in Teddy Johnson.” Gentry also stated that it “was their work together as Mormons, along with anecdotes he heard from others in the community about lucrative investments made with Johnson, that convinced Gentry he was safe trusting his retirement money to Johnson.” In his own defense, Johnson testified that he “was not able to associate with old friends because he owed them money… Similarly, he started going to Church of Jesus Christ of Latter-day Saints services in West Virginia because too many members at the Mormon church in Pearisburg had lost money with him.” Story: Roanoke.com, September 30, 2008; Roanoke.com, October 3, 2008; Roanoke.com, October 15, 2008; Roanoke.com, October 17, 2008; U.S. Commodity Futures Trading Commission (CFTC), October 24, 2008; U.S. v. Johnson (United States of America, Plaintiff-Appellee, v. Ted James Johnson, Jr., Defendant-Appellant), argued September 24, 2010, decided December 23, 2010

Sued: Joshua W. Landis, former youth group leader, and Parker Hill Community Church, Scranton, Pennsylvania, by the parents of a teenage boy Landis sexually assaulted, for which he is currently serving one to five years in prison; the family is suing the church for failing to conduct a background check on Landis until after he was hired. Prior to Parker Hill, Landis was a youth minister at Union Center Christian Church, Endicott, NY, where he was investigated for inappropriate contact with a minor, and allegedly provided alcohol and tobacco to children. The lawsuit states that Landis pleaded guilty to disorderly conduct. Story: Times Leader, March 3, 2010; Times-Tribune, December 22, 2010

Sentenced: Ruben Ramirez-Toxtle, 43, former church leader & Sunday school teacher, Iglesia Centro Cristiano de Minneapolis, Minneapolis, Minnesota, to 120 days in prison (with time served, he is due for release January 20, 2011), 10 years’ supervised probation, registration as a sex offender and sex-offender treatment, after pleading guilty to one count of second-degree criminal sexual conduct committed against a 13-year-old girl whose family attended Ramirez-Toxtle’s church. After the girl’s mother found calls and text messages from the pastor on the girl’s phone, the girl said Ramirez-Toxtle “had touched her breasts and told her he was falling love with her. When several members of the church staff confronted him about the allegations, Ramirez-Toxtle admitted he had done what she said, but said he never had sex with her. He was given a letter reprimanding his behavior.” Story: MyFox9, November 5, 2010; Star Tribune, November 6, 2010; KSTP, December 21, 2010