The trial of former Bear Stearns hedge fund managers Ralph Cioffi and Matthew Tannin begins today in Brooklyn, as reported by Bloomberg. A jury will be selected today.

Cioffi and Tannin are charg 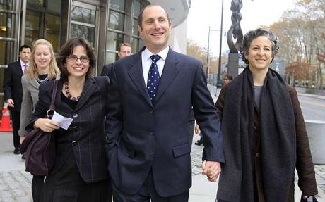 U.S. Attorney Benton Campbell, a former member of the Justice Department’s Enron Corp. Task Force, and Assistant U.S. Attorney James McGovern, are leading the prosecution of Cioffi and Tannin. The prosecution alleges that Cioffi and Tannin were promoting the funds to investors while knowing that the health of the funds was in serious risk. The government has listed 38 witnesses and 532 exhibits which it intends to present at trial, however, the centerpiece of the government’s evidence is expected to be Cioffi’s and Tannin’s own words in e-mails.Cioffi allegedly sent one e-mail on March 15, 2007, with the subject-line “Fear,” stating that he was fearful of what the markets were going to do. In another e-mail, Tannin allegedly stated that if AAA bonds were downgraded, there would be no way for the funds to make money. Google released additional private e-mails to the government last week. Prosecutors allege that e-mails show Cioffi and Tannin allegedly boasting of how they were luring investors to invest more money in the funds at the same time they knew that the funds were in trouble. Witnesses for the government are expected to include Bear Stearns employees and investors in the hedge funds.

Cioffi is defended by attorney Brendan Sullivan, who won reversal of the charges against Alaska Senator Ted Stevens, as well as Margaret Keeley and Dane Butswinkas, all of Williams & Connolly LLP. Tannin is being represented by Susan Brune and Nina Beattie of Brune & Richard LLP. Commentators have observed that the e-mails by Cioffi and Tannin can be read in “many” ways.

A year following the failure of the funds, Bear Stearns itself failed and was purchased by JP Morgan Chase & Co. The failure of Bear Stearns was accompanied by failures of Lehman Brothers Holdings, Inc., and AIG. Losses from U.S. banks and mortgage companies in the financial collapse total at least $396 billion.