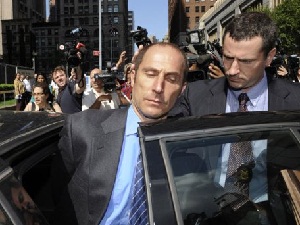 As is well known, Bear Stearns, one of the largest investment banks in the world, was sold to JP Morgan Chase and effectively ceased to exist in March of 2008, after two Bear Stearns hedge funds invested in collateralized debt obligations—mainly subprime home loans—and once worth approximately $1.6 billion, lost nearly all of their value. The collapse of Bear Stearns was the harbinger for a succession of massive failures of financial institutions, including Lehman Brothers, Merrill Lynch and AIG, triggering the current global recession.

As reported by New York Magazine, Reuters and the Daily Telegraph, two managers of the hedge funds, Ralph Cioffi and Matthew Tannin were charged in June in the Eastern District of New York with several counts of wire and securities fraud for allegedly misleading investors regarding the status of the funds in the Spring of 2007. Cioffi, a hedge fund manager, and Tannin, the Chief Operating Officer of Bear Stearns Asset Management (BSAM), have pled not guilty. The collapse in value of the funds cost investors approximately $1.4 billion. When traders wanted to sell some of the funds’ subprime mortgages, no one wanted to buy them.

The trial of Cioffi and Tannin is set to begin in October. The evidence against Cioffi and Tannin consists largely of e-mails between them and investors describing the funds as “an awesome opportunity,” despite allegedly knowing that the funds had problems. Bear Stearns investors are expected to testify at the trial. Both men have consistently maintained their innocence. They face a potential 20 years in prison if convicted.

Cioffi is also charged with alleged insider trading for withdrawing $2 million of his own money from the funds. The government alleges that he engaged in hundreds of transactions involving the funds without the necessary approval by the fund’s directors and despite being warned about conflicts of interest. All trades between Bear Stearns, a securities firm, and BSAM, an asset management firm, were supposed to be vetted by an independent committee. In the Fall of 2006, Bear Stearns ordered a moratorium on such internal trades by Cioffi. Prosecutors sought to introduce evidence of Cioffi’s alleged insider trading in order to demonstrate how Cioffi allegedly operated.

British bank Barclays, a shareholder of one of the funds, also filed suit against Cioffi and Tannin for alleged fraud, however, the suit has been withdrawn.

The prosecution of Cioffi and Tannin makes conspicuously noticeable the fact that no senior executives from Bear, Lehman Brothers, AIG, etc., have been charged with any wrongdoing in the fallout from the financial crisis.