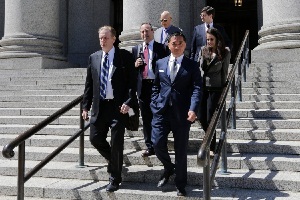 Gregory Bartko, a securities lawyer and Atlanta resident, was sentenced last Wednesday in the U.S. District Court for the Eastern District of North Carolina to 23 years’ imprisonment for securities fraud, as reported in the Columbus, Indiana, Republic. Bartko was convicted in 2010 at the conclusion of a 13-day trial on six counts of securities fraud for engaging in a scheme to defraud investors. The scheme targeted approximately 200 investors in 21 states. Bartko converted approximately $3.3 million in investor funds to his personal use. Many of the investors targeted were church members who were told false statements regarding the safety of the investments and the returns.

The prosecution had requested that Bartko be sentenced to 90 years. John K. Colvin, a Tennessee businessman, was also convicted and sentenced to 25 years.