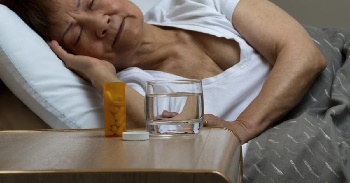 Back in May of 2006 this blog noted some of the potentially complicated issues that can arise in criminal cases where the defendant claims his or her behavior was related to use of the drug Ambien. The issue arises in cases like the one I noted last June where a woman claimed that the drug had “caused” her to set arson blazes while she was effectively unconscious. (She also admitted that “I don’t know why I did it, I guess I’m just a fruitcake,” which would certainly seem to undercut her claim.)

I have no opinion one way or the other on the scientific or empirical validity of claims about what Ambien causes people to do. But it’s clear that in the last year these kinds of issues are coming up more frequently.

A Colorado man is currently arguing that he attacked his estranged wife after taking Ambien. He “does not deny the incident happened, but says he has no recollection of it,” according to the news account. But as in the case of the “fruitcake” woman mentioned above, other evidence in the case (such as the fact that the husband has allegedly been harassing the wife since they separated) suggests that the drug might not be the only factor involved in the incident.

More interesting to me are DUI-type incidents where there really isn’t much else to explain what took place besides the side-effects of the drug. Rep. Patrick Kennedy, of course, asserted that he took Ambien before getting in a minor traffic accident last June. Nobody was hurt in that incident, and it ultimately does not seem to have been that big of a deal. On the other hand, a Wisconsin man is currently facing up to 25 years in prison in connection with a high-speed head-on collision that he claims took place because he was under the influence of Ambien.

A blood sample drawn from Pehowski [the Wisconsin driver] indicated he was under the influence of Zolpidem, a controlled substance used in the prescription drug Ambien,       according to the complaint.

Pehowski denied taking any drugs or alcohol prior to the crash, the complaint stated,although a friend who had been with Pehowski prior to the crash said the bottle of Ambien he had in his pocket that night was missing. The friend denied giving Pehowski the drugs.

The only real legal analysis of this issue I’ve seen has been on Lawrence Taylor’s DUI Blog, where he noted that

[T]here are two components to a crime: the guilty mind (mens rea) and the guilty act (actus reus).  As for the mental element, unlike most crimes drunk driving is a strict liability offense: it is categorized as a general intent offense, and the lack of specific intent to drink too much and drive is not a defense.  But an underlying requirement of all offenses is that there be a volitional physical act.  In other words, although there does not need to be an intent to do a specific act, there must be conscious control of that act.

So even though these DUI-type offenses are defined as strict liability crimes, Ambien-related mishaps would seem to open the door to some viable defenses where the person takes Ambien purely as asleep aid (and not, for example, as a party drug).