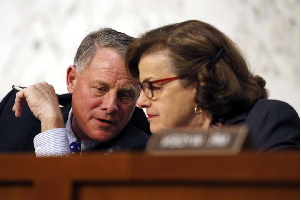 Two of the witnesses who were supposed to testify about racial profiling in Georgia’s notorious Operation Meth Merchant sting campaign have decided instead to invoke their Fifth Amendment privilege to remain silent, leaving the ACLU without much evidence in its legal challenge to Meth Merchant arrests.

A third witness who apparently also has knowledge of racial profiling used in the sting is scheduled to testify today. Update: a news account of that testimony, which doesn’t seem to help the ACLU’s case all that much.

Operation Meth Merchant was a 2003 sting operation that resulted in the arrest of more than 40 convenience store clerks in the Northwest Georgia area for selling everyday ingredients — such as matchbooks and Sudafed — that can be used to make methamphetamine. Almost everyone who was arrested was South Asian, and many spoke only very basic English, a factor that the ACLU says contributed to confusion on the clerks’ part about the intentions of the government informants who purchased the meth supplies from them. The ACLU also alleges that Operation Meth Merchant actively targeted South Asians in small mom-and-pop shops rather than going after employees of larger stores such as Wal-Mart. Prior posts on this blog have described the DEA’s efforts, post-Operation Meth Merchant, to educate store clerks in the area about the problem of methamphetamine and the breakdown of what was to be a collaboration between the DEA and the North American South Asian Bar Association over that education campaign.