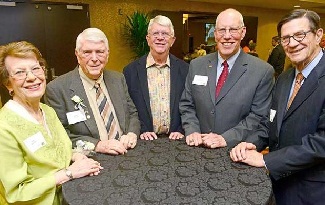 During the course of her employment with three different employers, Laurie Bradshaw embezzled more than $240,000.  Bradshaw defrauded these three Chicago area employers by taking advantage of her position with these companies in which they entrusted her with such duties as coordinating purchases from vendors, opening a new office for one of the companies, and supervising executive assistants and administrative staff.  Two of the companies entrusted Bradshaw with corporate credit cards for business expenses, and, in fact, one of those companies entrusted Bradshaw with access to her boss’ e-mail account, which she then used to fraudulently approve her own invoices.

Bradshaw pleaded guilty to one count of wire fraud, but she reserved her right to challenge at sentencing the government’s recommendation of a two level increase for abuse of position of trust, see U.S.S.G., § 3B1.3.

At sentencing Bradshaw argued that § 3B1.3 applies to fiduciaries whereas she was merely “a secretary with a fancy title.”  The district court, however, found the enhancement warranted due to the nature of her relationship with her superiors, including the fact that she was entrusted with a corporate credit card, entrusted to open a new office for one of the companies and entrusted with access to her boss’ e-mail account.

On appeal, Bradshaw argued that she did not occupy a position of trust because her positions with these companies were not characterized by professional or managerial discretion.  She likened her role to that of “an ordinary bank teller or hotel clerk,” and described herself as merely “an administrative assistant without significant authority.”

In a decision issued in February, the Seventh Circuit clarified, however, that the focus is not on the individual’s duties or responsibilities, but rather on the victim’s special trust and reliance placed with the defendant and the degree of discretion given the defendant by the victim.  As such, employees may hold a position of trust even when they do not occupy upper level or even supervisory positions.  The Seventh Circuit held that in this instance, Bradshaw held a position of limited authority that she used to earn the trust of her supervisors so that they would not question the propriety of her purchases.  As such, the judgment of the lower court was affirmed.

This case reemphasizes the focus of any inquiry where an abuse of position of trust enhancement may apply.  The focus should not be on the position held by the defendant or the particular tasks which are delegated to that defendant, but rather the amount of trust placed with that individual by the victim.  As such, it is not the high ranking, supervisory employees that are the only ones subject to the enhancement in an embezzlement situation, but potentially any employee, depending on the circumstances.