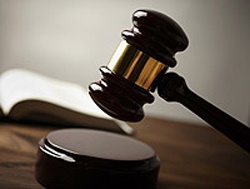 Below is the text of an op- I published today in the Daily Journal arguing against California’s AB 259, which would ban the sale of to minors. This is not a position I take lightly, because I genuinely do believe it’s important to legislate in a manner that protects kids. But I can’t support a law that is a shot in the dark, based on no research at all and written with no consideration of the costs that criminal law imposes on society.

I’ve added a few links to the text to help add context.

Sacramento is cooking up a new anti-drug law, but the recipe is missing a couple key ingredients.

The law is AB 259, authored by Rep. Anthony Adams. It would make it a misdemeanor to sell a drug called divinorum to minors.

Salvia divinorum is a hallucinogenic plant. It can be purchased easily and cheaply in many California smoke shops and on the Internet. When smoked, it can produce short-lasting hallucinations. Search for “” on YouTube and you’ll find dozens of videos of people using it and having what appear to be intense and even overwhelming visions, usually while sitting on their couch at home.

Some users are teenagers, and that’s what has lawmakers concerned. is not regulated by the federal government. Recently, however, Illinois, Delaware and a handful of other states have criminalized the use of the drug altogether. The suicide of a Delaware teen in 2006, which his parents claim was tied to , provided the political catalyst for this legislative action.

AB 259 originally would have done the same thing as the laws of the other criminalizing states: It would have made a Schedule I substance, bringing the full weight of California’s criminal drug regulation to bear on its use. In its current form, the bill would only criminalize the sale of the drug to minors. The bill has seen overwhelming legislative support so far, passing through the Assembly 76-0, and is now before the Senate.

AB 259, however, might not be the smartest way for California to respond to .

The problem with this bill is that, despite the good intentions of its author, it falls into the trap of so much of our criminal drug legislation: It uses criminal sanctions as a tool of first resort, without taking the time either to learn about the nature of the problem or to consider alternatives to a criminal regulatory regime.

It would be one thing if there were studies suggesting that the use of were dangerous, or if California were experiencing some sort of problem with young people taking and then committing crimes. But we don’t have any such worrisome studies, and we haven’t seen any such problems.

The California Legislature has not made any attempt to determine how widespread use might be or what the consequences are for users. Very few scientific studies have evaluated . One of those studies, published in the Journal of Clinical Psychopharmacology in 2001, actually noted that small doses of the drug had helped alleviate an individual’s symptoms of depression.

Anonymous YouTube videos, as titillating as they may be, are not the kind of evidence that should be the basis for passing legislation. Nor are the emotional claims of individual parents or activists. If our state is going to pass a law, there ought to be solid evidence that is actually a problem for Californians.

Some might answer that it’s a law based on common sense — that it can’t possibly be a mistake to criminalize the sale of a hallucinogen to minors because there can’t possibly be any doubt that using such a drug has the potential to harm a young mind. That’s a fair concern. We clearly should be working as a society to protect kids who don’t yet have mature judgment about drugs and safety. At the same time, though, all kinds of experiences in everyday life have the potential to harm young people. Getting behind the wheel of a car, taking a couple aspirin or riding a skateboard all could conceivably harm a young person. For that matter, a number of ordinary household substances — from cough syrup and Benadryl to plants like Acacia and Morning Glory — can also be used as legal recreational drugs by any young person who is curious and reckless enough to try them.

We have literally no idea how stacks up against these other everyday risks. AB 259, then, is an attempt to legislate in an empirical vacuum. Without any facts, it’s hard for even the best intentions to translate into smart policy.

Even if we were to conclude (or assume) that is risky for young people, criminal law might not be the best way to respond to that risk. It’s possible that the way we respond to other types of health risks facing teens — such as obesity, or exposure to unsafe sexual behavior — could provide a non-criminal model for our policy around . For example, educational programs for kids or civil regulation of merchants might work equally well to address our concerns.

These considerations matter because the use of criminal law to deal with will impose substantial costs on Californians. We’ll have to pay for police, prosecutors, public defenders and judges to deal with the law. Individuals who are prosecuted will be saddled with hundreds of dollars in fines and fees, the risk of jail time, and the prospect of a criminal record. Finally, young people who want to try will be driven to black market sources for the drug. Those sources will be more difficult for California to regulate than the smoke shops that are now openly selling the stuff.

In most of California’s drug legislation, we’ve already lost the chance to consider alternatives to the criminal model of control, and it’s helped California create the largest, most dysfunctional prison system in the nation. This criminal law-oriented drug policy is one of the factors that forced the legislature, just last year, to commit to spending $8 billion dollars building new prisons to accommodate our growing inmate population.

Though AB 259 would only impose misdemeanor sanctions on merchants, we should not go down that road unless we are convinced that it is necessary and unavoidable. Criminal law is the most expensive, violent and damaging regulatory system we have at our disposal. It ought to be used only as a last resort, when we are convinced we are confronting a serious problem that can’t be solved by any other means.

Too much of California’s drug policy has taken for granted that criminal law is a necessary and a productive response to drug use. The Senate should carefully consider how assumptions have proved in the past, and whether there might be a smarter way to respond to our concerns around .