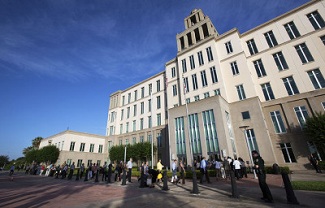 The Florida trial of George Zimmerman on charges of second-degree murder and manslaughter for the death of Trayvon Martin on February 26, 2012, has captured and media attention for weeks, and has aroused strong views on both sides. Saturday’s verdict of acquittal in favor Mr. Zimmerman did not bring the closure which some believed it would, and only served to ignite the passions surrounding the case.

It is not the purpose of this Blog to review State criminal proceedings or to take sides in public controversies, except in this case to express regret over the unfortunate fact of the incident which resulted in this controversy, and perhaps to commend Mr. Zimmerman’s defense team, who worked vigorously on his behalf.

However, the Department of Justice issued a statement on Monday that it is continuing to investigate Martin’s death and that “[e]xperienced federal prosecutors will determine whether the evidence reveals a prosecutable violation of any of the limited federal criminal civil rights statutes within our jurisdiction, and whether federal prosecution is appropriate in accordance with the Department’s policy governing successive federal prosecution following a state trial.” And that is a matter which this Blog may concern itself with.

Ordinarily, a second prosecution of Mr. Zimmerman, especially in Florida, for the same or similar alleged offenses would be barred by Federal and State constitutional guarantees against Double Jeopardy, which stems from the Fifth Amendment’s guarantee that “or shall any person be subject for the same offence to be twice put in jeopardy of life or limb…” However, under the “dual sovereignty” doctrine, since the Federal government and all the States are separate sovereigns, one sovereign is not bound if jeopardy has attached in the prosecution of a defendant by a different sovereign. Under the doctrine, a person who commits an offense may actually be committing two distinct violations–one State and one Federal.

So, given that the Federal government is not barred by Double Jeopardy in re-prosecuting Mr. Zimmerman, what are the chances that Federal government will do so? The consensus opinion of most commentators is that it is not very high.

First of all, despite the storm of media stories following the Department’s announcement, the Department’s statement was actually highly guarded–deferring to the opinion of “experienced federal prosecutors,” noting the “limited” federal civil rights statutes available, and referencing the Department’s policies governing successive prosecutions.

The reluctance of the Department’s statement is understandable, especially when one consults the Department’s policy on successive State/Federal prosecutions referred to in the statement. That policy may be found in the United States Attorneys Manual, and states in relevant part:

Statement of Policy: This policy establishes guidelines for the exercise of discretion by appropriate officers of the Department of Justice in determining whether to bring a federal prosecution based on substantially the same act(s) or transactions involved in a prior state or federal proceeding. See Rinaldi v. United States, 434 U.S. 22, 27, (1977); Petite v. United States, 361 U.S. 529 (1960). Although there is no general statutory bar to a federal prosecution where the defendant’s conduct already has formed the basis for a state prosecution, Congress expressly has provided that, as to certain offenses, a state judgment of conviction or acquittal on the merits shall be a bar to any subsequent federal prosecution for the same act or acts. See 18 U.S.C. §§ 659, 660, 1992, 2101, 2117; see also 15 U.S.C. §§ 80a-36, 1282.

The purpose of this policy is to vindicate substantial federal interests through appropriate federal prosecutions, to protect persons charged with criminal conduct from the burdens associated with multiple prosecutions and punishments for substantially the same act(s) or transaction(s), to promote efficient utilization of Department resources, and to promote coordination and cooperation between federal and state prosecutors.

This policy precludes the initiation or continuation of a federal prosecution, following a prior state or federal prosecution based on substantially the same act(s) or transaction(s) unless three substantive prerequisites are satisfied: first, the matter must involve a substantial federal interest; second, the prior prosecution must have left that interest demonstrably unvindicated; and third, applying the same test that is applicable to all federal prosecutions, the government must believe that the defendant’s conduct constitutes a federal offense, and that the admissible evidence probably will be sufficient to obtain and sustain a conviction by an unbiased trier of fact. In addition, there is a procedural prerequisite to be satisfied, that is, the prosecution must be approved by the appropriate Assistant Attorney General.

The Department’s policy therefore weighs against successive State/Federal prosecutions. Furthermore, it is difficult to see what substantial Federal interest it would advance to justify a second prosecution. Mr. Zimmerman’s shooting of Mr. Martin was the sort of alleged offense which is traditionally left in the jurisdiction of the States.

Also, in regard to the third criteria in the Department’s policy, does Mr. Zimmerman’s conduct constitute a Federal offense? Commentators have discussed several potential charges under the civil rights provisions in the Federal criminal code. Notably, there is 18 U.S.C. § 249, the result of the Matthew Shepherd and James Bird Hate Crime Prevention Act (HCPA) of 2009, which criminalizes “Hate crime acts.” Section 249 provides that:

However, a hate crimes prosecution of Mr. Zimmerman will be all but impossible for the Justice Department to prevail on, given the fact that the FBI investigated the case in 2012 and made findings, released to the media, that race was  not a motivating factor in the incident. The same problem exists regarding a second statute which has been discussed for charging Mr. Zimmerman–18 U.S.C. § 245, which prohibits persons from using force or threat of force to willfully injure, intimidate or interfere with, persons engaging in an array of federally-protected activities and against persons based on race, religion or creed in certain circumstances.

Any future Federal prosecution of Mr. Zimmerman would therefore face incredibly high obstacles–ones which prosecutors would need a pole vault to clear. It is extremely doubtful that the Department of Justice will risk bringing a second set of charges against Mr. Zimmerman which it would not succeed on, thereby creating another occasion for Mr. Zimmerman to be cleared and another opportunity for public and media furor.

Those who won our independence by revolution were not cowards. They did not fear political change. They did not exalt order at  the cost of liberty.” – Justice Louis Brandeis