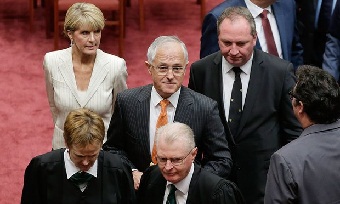 Just like the freakishly warm weather that descended on the east coast recently, an unexpected breath of fresh air has blown in from, of all places, Washington. Apparently timed to coincide with the release of the report regarding the 2008 Stevens trial, Senator Lisa Murkowski on March 15th introduced the Fairness in Disclosure of Evidence Act, S.2197. The bill, which actually has substantial and bipartisan support, would set a nationwide standard for disclosure of exculpatory evidence and discuss appropriate sanctions. Co-sponsors of the bill include Senator Daniel Inouye (D-HI) and Kay Bailey Hutchinson (R-TX). Supporters of the bill include strange bedfellows the American Bar Association, the U.S. Chamber of Commerce, the American Civil Liberties Union and the National Association of Criminal Defense Lawyers.

Unquestionably, the issues associated with prosecutorial withholding of exculpatory evidence have been, to this point, either unclear or lacking in impact. According to the President of the American Bar Association, William T. Robinson III, there were “96 different discovery policies rather than one clear policy.” Equally murky was the law regarding the remedy to be imposed in the event of a failure of disclosure. I encountered that issue in 2006, in a trial in Las Vegas, when the prosecution, three weeks and a dozen witnesses into a securities fraud case, suddenly produced 600 pages of Giglio and Jencks material. The violation was clear; the remedy much less so. As I discovered, even the courts that had acknowledged that prosecutors had failed to provide discovery were quick to find reasons that no harsh remedy need by imposed. There were literally only a few federal cases in which the remedy that we sought – dismissal of the indictment – had been granted and affirmed. In the end, we were able to add one more case to that list, after the district court dismissed the indictment, and the Ninth Circuit affirmed.

But does this proposed legislation improve or clarify or simply reinforce the existing and arguably unsatisfying circumstance? At its core, the new legislation provides that the government “shall provide to the defendant any covered information (1) that is within the possession, custody or control of the prosecution team; or (2) the existence of which is known, or by the exercise of due diligence would become known, to the attorney for the Government.” § 3014 (b). Covered information means evidence “that may reasonably appear to be favorable to the defendant … with respect to” either “(A) the determination of guilt; (B) any preliminary matter before the court before which the prosecution is pending; or (C) the sentence to be imposed.” § 3014 (a)(1). The “prosecution team” includes “the Executive agency,” and any “entity or individual” that acts “on behalf of” or “under the control of” the United States “with respect to the criminal prosecution” or “participates, jointly with the Executive agency … in any investigation with respect to the criminal prosecution.”

Those provisions are useful, first, in eliminating any issue regarding whether the government is required to turn over material gathered by the investigating agency, e.g., the Securities and Exchange Commission. Note though, that there is an interesting dichotomy in the disclosure obligation, requiring the production of all favorable material that is actually in the possession of the “prosecution team,” but other material only if its existence would or should be known by the much narrower category of the “attorney for the Government.”

With respect to the scope of “covered information,” the use of the term “favorable” may not alter the current standard. “Under Brady, the State violates a defendant’s right to due process if it withholds evidence that is favorable to the defense and material to the defendant’s guilt or punishment.” Smith v. Cain, 132 S.Ct. 627, 630 (2012).

On the issue of the “materiality” of the information, however, the new legislation may represent a significant departure from existing law. Under Brady authority, evidence is material only if there is a “reasonable probability that, had the evidence been disclosed, the result of the proceeding would have been different.” There must be a “likelihood of a different result” that “undermines confidence in the outcome of the trial.” With respect to evidence that impeaches a government witness, that evidence “may not be material if the State’s other evidence is strong enough to sustain confidence in the verdict.” Id. See also Cone v. Bell, 129 S.Ct. 1769, 1772 (2009).

The new legislation significantly alters the burden of proof as to materiality, stating that the court “may not find” the violation to be harmless unless the government “demonstrate beyond a reasonable doubt that the error did not contribute to the verdict.”

Through that change, this new would impose a legal obligation on prosecutors that, at this point, is at least in part only a matter of ethics. The Supreme Court explained, in Cone, the differing sources of the prosecutor’s obligations:

Although the Due Process Clause of the Fourteenth Amendment, as interpreted by Brady, only mandates the disclosure of material evidence, the obligation to disclose evidence favorable to the defense may arise more broadly under a prosecutor’s ethical or statutory obligations. See Kyles, 514 U.S., at 437, 115 S.Ct. 1555 (“[T]he rule in Bagley (and, hence, in Brady) requires less of the prosecution than the ABA Standards for Criminal Justice Prosecution Function and Defense Function 3–3.11(a) (3d ed.1993)”). See also ABA Model Rule of Professional Conduct 3.8(d) (2008) (“The prosecutor in a criminal case shall” “make timely disclosure to the defense of all evidence or information known to the prosecutor that tends to negate the guilt of the accused or mitigates the offense, and, in connection with sentencing, disclose to the defense and to the tribunal all unprivileged mitigating information known to the prosecutor, except when the prosecutor is relieved of this responsibility by a protective order of the tribunal”). As we have often observed, the prudent prosecutor will err on the side of transparency, resolving doubtful questions in favor of disclosure. See Kyles, 514 U.S., at 439, 115 S.Ct. 1555; United States v. Bagley, 473 U.S. 667, 711, n. 4, 105 S.Ct. 3375, 87 L.Ed.2d 481 (1985) (STEVENS, J., dissenting); United States v. Agurs, 427 U.S. 97, 108, 96 S.Ct. 2392, 49 L.Ed.2d 342 (1976).

In his dissent, Justice Roberts tersely responds that those other ethical issues — regarding favorable but perhaps not “material” evidence — are “wholly irrelevant” and should not be considered in the Court’s assessment of whether a Brady violation occurred.

In considering on remand whether the facts establish a Brady violation, it is clear that the lower courts should analyze the issue under the constitutional standards we have set forth, not under whatever standards the American Bar Association may have established. The ABA standards are wholly irrelevant to the disposition of this case, and the majority’s passing citation of them should not be taken to suggest otherwise. See ante, at 1783, n. 15.

Thus, the new legislation would establish a hard and fast legal – not ethical — obligation to provide all “favorable” information concerning guilt, sentencing or “preliminary matters,” and a clear and substantial burden on the prosecution to affirmatively prove the supposed harmlessness of a violation.

On the issue of the timing of the disclosures, the legislation imposes seemingly new and interesting requirements that the information be disclosed “without delay after arraignment and before the entry of any guilty plea.” It would appear, therefore, that the process must occur in advance of a plea, and a failure to provide that information would impact the validity of a plea. In addition, the information apparently would have to be disclosed even after the entry of a guilty plea. § 3014 (c) (2). (There is, however, a waiver provision that prosecutors would undoubtedly begin requiring in connection with a plea. § 3014 (f)).

On the critical issue of the remedies for violations, the legislation does not appear to effect any substantial change. The listed remedies of adjournments, preclusion of evidence, new trial, and dismissal already exist as the permissible options, and the legislation directs consideration of the same factors that are already well established.

Finally, and perhaps most importantly, the proposed legislation includes a provision for attorney’s fees. To this point, even where a Brady violation plainly existed, fees were available only under the Hyde amendment which requires proof of not just the violation but also that the defendant was the prevailing party in the proceeding. In the Las Vegas case, where the indictment was dismissed based on prosecutorial misconduct, the court concluded that the defendants were not “prevailing parties.” That issue would not exist under this new legislation (but, of course, the award of fees is entirely discretionary).